A village on Exmoor

For February’s NED talk, Phil Barnard took us on a virtual trip to the village that he’s called home for many years now – Brompton Regis in Somerset, within the Exmoor National Park. It was an affectionate look at the many rewards and occasional frustrations that Phil discovered when he moved from Berkshire to the South West.

Brompton Regis, Phil told us, had not had any form of public transport – not even a weekly bus service – for about sixty years; it’s a five mile drive to the nearest supermarket and at least half an hour to Tiverton. The phrase “at least” is an important qualifier, too – Phil pointed out that each tractor or (worse) flock of sheep encountered would be guaranteed to add ten minutes to the journey, so on a three-tractor day it could easily take an hour to the nearest railway station.

Electronic communication can be somewhat sketchy too, and we were treated to a perfect illustration of this when Phil’s internet connection went down half way through his talk. Fortunately he and Adam had a backup plan and near-normal service resumed after ten minutes.

This series of NED talks has been wonderfully varied, covering a vast range of members’ hobbies, interests and ways of life. In March we take a different direction again when Sheila Byfield will tell us about ‘The dark and the lighter sides of advertising’. Do please get in touch with a member of the Steering Group if you think you may have a topic of interest. We’d love to hear from you… 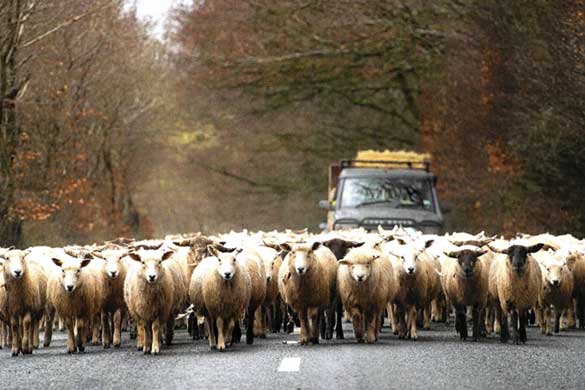