In 2011 we embarked on a project to compile an Oral History record of the market research industry. This is an illuminating series of interviews which charts the evolution of the industry through the eyes of some of its most accomplished practitioners.

The edited interviews were initially hosted by the MRS and from September 2021 have been hosted by the Archive of Market and Social Research (AMSR). The Network continues to be responsible for selecting and interviewing subjects, and for editing the completed interviews. The Archive has assumed responsibility for storing and publicising the interviews and making them available to Network members, researchers, academics and other interested parties.

This is an ongoing project. There are currently forty fully edited Oral Histories available to listen to. A further completed interview is currently being edited and it is hoped to carry out three or four more interviews before the end of 2022.  These will be added as the interviewing and editing process proceeds. https://www.amsr.org.uk/oral-histories/ 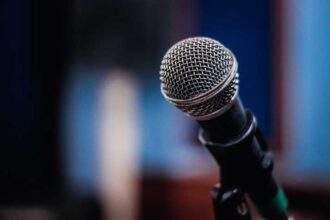 Background to the project:

The Oral History project was the brainchild of psychologist and qualitative researcher Lawrence Bailey, who wrote at the time: "It would be desirable to create an audio resource that would be of interest to Market Researchers in years to come, via interviews with some of the luminaries of our industry...

"What I have in mind is a series of one-to-one interviews in a style not unlike Desert Island Discs (without the music!), in which plenty of time would be devoted to reminiscence and narrative regarding the events and people that have shaped and developed Market Research... I would hope for interviews that bring out the character and interests of the interviewees as well as their knowledge about phases in the development of the industry, and the research activities that they themselves have been involved in."

Lawrence conducted the first seventeen interviews himself, including a video/audio interview with Bill Schlackman, one of the founders of UK qualitative research, conducted jointly with Simon Patterson.

In June 2015, Lawrence handed over the interviewing to Neil McPhee, another highly experienced qualitative researcher and ethnographer. Neil stepped down at the end of 2016 and Judith Wardle and Graham Woodham have now taken over as moderators.

Oral Histories currently available on the AMSR website are as follows.