Autumn Lunch at the RAF Club

Pre-prandial drinks in the bar were followed by an excellent 3-course lunch in the ballroom; the food was excellent, the service impeccable and of course the company was incomparable.  Both Peter Bartram, founding chair of the Network, and Jane Frost CBE, current CEO of the Market Research Society, gave short but highly relevant and enjoyable speeches, with Adam Phillips in his now customary role as Master of Ceremonies.

If you’d like a few reminders of the event, or to see what you missed, a selection of photos can be found here 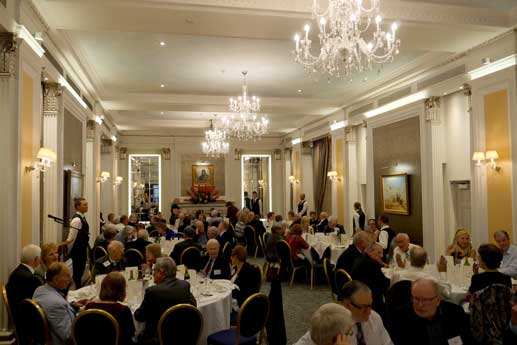