Network member Barry Leventhal has been awarded the prestigious MRS Gold Medal. The MRS’ rarest accolade will be presented for the first time since 2008.  It has been awarded for his services as Chair of the influential MRS Census and Geodemographics Group. He has stepped down from that role after 25 years.

Since its inception in the 1980s, the Gold Medal has only been awarded nine times for ‘signal service to the profession.’ Previous recipients include Professor Sir Roger Jowell, Tony Cowling and Dr Elizabeth Nelson, who recommended Leventhal for the honour.

“Barry’s chairmanship has been instrumental to the CGG becoming the leading independent voice in the UK geodemographics and census sector,” says Nelson. “He was key in negotiating with ONS to enable MRS to develop the social grade algorithm and has personally represented the profession at consultations with ONS and government about Census data for over a quarter of a century.”

The MRS Gold Medal will be presented at the Excellence Awards lunch on 9 June. 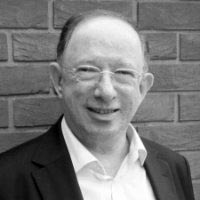