The final NED Talk of the year was given on Wednesday 10 November by Danny Wain. Under the intriguing title Shouting in the Evenings, Danny gave us some thought-provoking, interesting and often amusing reflections on his ‘other’ career in amateur (and occasionally professional) theatre.

His talk included a number of statistics demonstrating the social and economic importance of amateur theatre to British life. Among the most impressive were that there are an estimated 10,000 amateur theatre groups in the UK staging over 150,000 separate performances each year, with close to two million participants and total audiences of 40 million. Those, of course, are pre-COVID figures…

Danny drew some fascinating comparisons between the life of a professional actor and that of an amateur. Among the benefits of the amateur route was the huge variety of roles available and the near-zero risk of getting typecast. Drawbacks included the ‘amdram’ tag, which Danny felt was largely undeserved. As he said, “I’ve seen many truly dreadful amateur shows, but then I’ve also seen many professional productions where the set is less wooden than the actors.”

A fuller synopsis of Danny’s talk will appear in the February edition of the Newsletter. Our next event, meanwhile, will be the Christmas Drinks and AGM on Tuesday 7 December at Kantar Profiles in Westminster, to which invitations have recently been sent out. 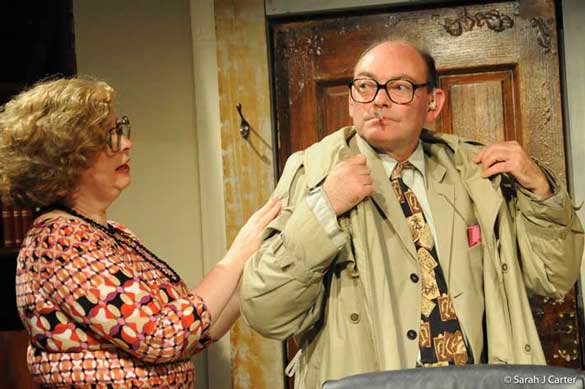