Members of the Network will have read of the death in October of John Goodyear, former Chairman of The MBL Group.  On 16th December Mary Goodyear, John’s widow, hosted a celebration of his life at the East India Club in St James’s Square, London.  This event was very much a celebration rather than a memorial, and around 80 of John’s old friends and colleagues came to share their experiences, tales, and memories of this larger than life character.

Although most of those present were from the market research world, family and friends were also there, and others came from John’s very wide social and business interests.  After market research John and Mary had invested in wine, property, and health care, while during his life John was actively involved in art, opera, a small silversmiths, and the Arts Club. Nearly all these interests were represented on the night, so conversation and reminiscences were spirited and eclectic.

There was little formality on such a celebratory occasion, but personal memories of John were shared by Adrian Luto John’s long-time lawyer, Michelle Allman Ward who worked with John and Mary in the 70’s, Chris Robinson – by video from Australia – who had run John’s S.E.Asia businesses, and Nigel Spackman who managed John’s largest UK research company BJM.  The evening was a fitting tribute to a man of many talents who was one of the best-known characters in the market research world.

Photographs showing what a wonderful occasion this was can be found here. 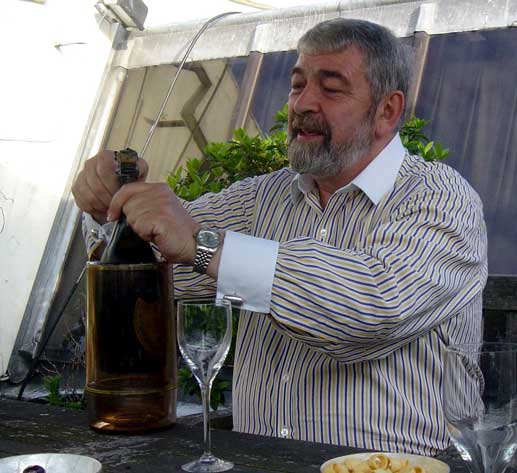