This month’s NED Talk was given by Penny Mesure on the topic of comedy opera. She called the talk “From ‘La Triviata’ to Shakespeare and Sullivan”and the typo in the third word of the title was deliberate: the topic was not a Verdi opera, nor even a G&S operetta, but comedy pastiches of libretti written by Penny herself. The stories, she told us, were based on classical legends and on Shakespeare plays, while the music was borrowed from Mozart, Arthur Sullivan or anyone else whose work was now out of copyright.

The talk was a jolly romp through a couple of Penny’s productions, delivered with a style and enthusiasm that brightened up what was otherwise shaping up to be a rather subdued month. The works have been staged by amateur dramatics groups with which Penny has been involved over the last 20 years; her talk was illustrated with photos from those productions and a recording of one of the songs.

This was a highly enjoyable event and another example of the huge diversity of talents lurking among our members.

Our next event will be our (virtual) AGM and Christmas drinks – details have been emailed to members and are also available on our Events page: http://www.research-network.org.uk/events/current-events/.

There will be a further programme of NED Talks next year, starting in January; details will be available soon. 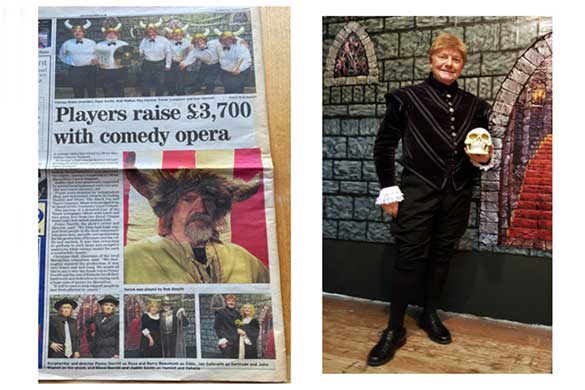