Speaking at the Network Summer Party, Adam Phillips said that the fund raising for the Oral History Project launched at last year’s general meeting had been successful.

The target of £3,000 had been reached thanks to the generosity of a number of Network members.

These funds have revitalised the project which is now making good progress. Twelve interviews are available on the MRS website and a further three will be available in the near future.  It is hoped to edit the remaining five interviews and relaunch the project in the Autumn with 20 recordings, as one of the events surrounding the 70th anniversary of the founding of the MRS. 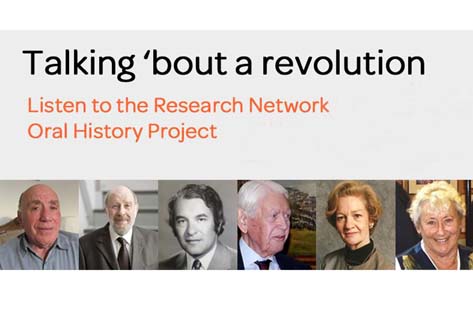 The Network is now proceeding with Phase 2 of the project. This is intended to fill gaps in the coverage of Research sector, in particular interviewing users of research rather than providers. Neil McPhee has taken over the interviewing and is intending to record ten more interviews in the coming year.

There is a degree of urgency in recording the interviews, since many of the potential subjects of recordings are no longer young.  Although all the work is done by volunteers the Network still needs money to cover expenses.  If you would like to support this initiative, there is still time to contribute to the fund until the end of July.  Please contact Gill Wareing: [email protected]  A list of contributors will be published on this website and in the Network Newsletter.  To find out more visit: https://www.mrs.org.uk/campaign/video/oralhistory