Research Network AGM and (your own) Christmas Drinks

As most members will know, we usually hold a combined AGM and Christmas Drinks event in early December. This year, we were obliged to hold the AGM online via Zoom, which meant that any Christmas drinks – not to mention sausage rolls, mince pies and the rest – had to be provided from individual members’ domestic supplies. In social terms this wasn’t perhaps ideal, but it did mean that the AGM itself wasn’t the usual London-centric event: we were delighted to welcome members from as far away as the USA, Canada and Australia.

The event took place on Tuesday 8th December. The business end of the evening, in fact, proceeded very much as it would have done in real life. Our Chair, Adam Phillips, reviewed the Network’s year and introduced contributions from Gill Wareing (Network finances), Jane Bain (events) and Frank Winter (Oral History).

Financially our balances are healthier than budgeted due to the lack of lunches this year, which are generally subsidised from membership fees. We still need more members, though, and due to the absence of real-life social events, recruitment this year has been virtually non-existent.

The inability to hold lunches and our summer party has led the Steering Group to seek innovative solutions – primarily the Network Evening Drinks (NED) talks generally held on the third Wednesday of the month. One pleasing dimension to these is that they are less geographically constrained than the real-life lunches and are attended by members throughout the UK and beyond. They will continue for at least the first few months of 2021 but we are hoping to resume physical social events in the second half of the year.

Once the formal AGM was concluded, several members poured themselves a drink, rustled up a mince pie and stayed online for a social chat. Much as in previous years, the usual suspects – no names, no pack drill – stayed on to the bitter end but hopefully even those with less Zoom-stamina enjoyed the event. 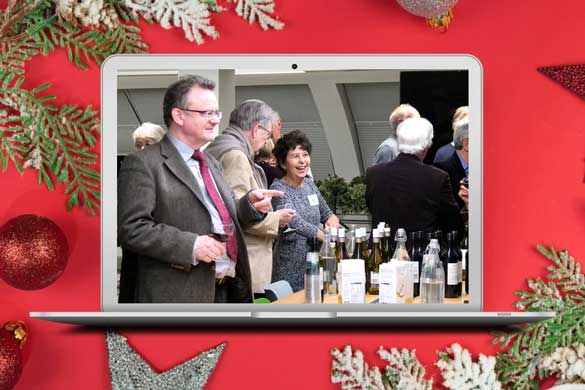